Is It Time for a National Disaster Investigation Board? 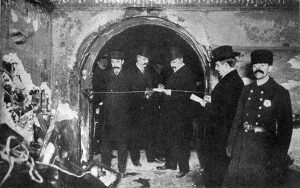 It started as a series of tweets I sent out last week–I was asking (the question I always seem to be asking): how can we do a better job learning from disaster?  What are the impediments, but also what are the historical cases to draw upon, some success stories even?  I know the shelves of the library are littered with post-disaster studies (I’ve read them!) and few of them ever made a difference.  In fact, many/most of them feel like they were conducted purely out of bureaucratic duty.  They are often narrowly drawn, rely on thin and hasty research, and conclude with bullet points calling for impossible changes.

Wired editor Adam Rogers reached out to me after seeing the tweets and we had a good conversation about the problems of disaster investigations.  He took this a step further as you can see in the article he just published, working through the possibilities for a National Disaster Investigation Board.