Why We Need A National Hurricane Memorial And Museum 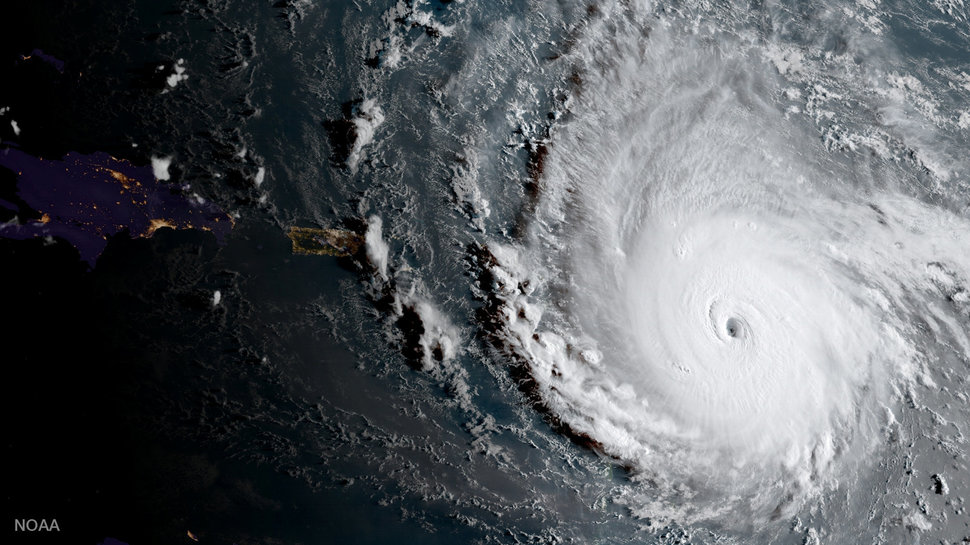 As of today the death toll from Hurricanes Harvey and Irma stands at 151 and is likely to rise. Estimates are still murky, but experts predict combined totals in property losses might run up to $200 billion, though that is a conservative guess. Harvey, Irma, Sandy, Irene, Ike, Katrina, Wilma, Ivan, Charley and Andrew — we know their names. They are the 10 costliest hurricanes in American history. The combined death toll of this wrecking crew stands at around 2,000 people — and the costs come to almost $500 billion. These totals cannot even begin to calculate the psychological and political impact that Atlantic hurricanes have exerted on American life over the past 30 years. But we do not have a focused place where the world can gather to mourn and to learn from these disasters. That should change with the creation of a National Hurricane Memorial and Museum.

There are local memorials and museums to many of these storms. The Katrina Memorial on Canal Street in New Orleans is one example — 3 years after Katrina an elegant grouping of six mausoleums was raised to contain the unidentified remains of more than 80 victims of the disaster. Another example, just below the London Avenue Canal, is the Levee Exhibit Hall and Garden. Standing on the foundation of a home destroyed by Katrina’s floodwaters, this memorial serves as a solemn educational outpost, raising hard questions about the history of the levee system on the lower Mississippi River. And in Johnstown, Pennsylvania, there’s a museum downtown and a stunning memorial cemetery plot for the unidentified victims of the 1889 flood. Ten miles upriver the National Park Service maintains a park and learning center at the site where the dam broke, unleashing a wall of water that killed over 2,200 people in the towns below. Just like the hundreds of local September 11 memorials scattered across the nation, hurricanes and floods have inspired sites of reflection in local communities, reflecting their personal stories and concerns.

As a nation we excel in memorializing war and terrorism. There are scores of national military parks, battlefields and cemeteries around the country, plus the Oklahoma City National Memorial and Museum and three September 11 memorials and museums. Usually these are taxpayer-funded sites, with significant contributions from private foundations and corporations. In memorializing these events and tragedies, Americans participate in an age-old process, marking the names of the fallen and connecting their sacrifices across time to broader commitments: nation, ideology, military service. These memorials — even if they mark distant events — still evoke empathy, and they generally house archives and artifacts that provide rich educational sources for visitors and scholars.

Hurricanes are different from wars. But who can deny the suffering of victims or the increasingly urgent and dangerous calls for service from first responders? The United States Coast Guard helped direct more than 4,500 rescue missions in Hurricane Harvey alone, for example.

It’s time to finally drop the “natural” term when we talk about disasters. The levee system of New Orleans, the dam above Johnstown, the drainage system of Houston, the shoreline development of Florida — these are not “natural.” They are the products of intense American industrialization and a long period of land development in inherently hazardous terrains. Since World War II, Americans have flocked to the coasts in staggering numbers. In doing so, they have helped build the economies of coastal states, and they have also ballooned the size of formerly modest cities like Miami and Houston. They have also placed themselves at risk, often in ways that reflect underlying social stratifications by race and by class. The poor, the politically disenfranchised, the elderly and sick — they pay a much higher price for disaster than anyone else, and their names are heavily reflected in the rolls of the victims.

No, “nature” hasn’t gotten angrier. It’s just that “natural” no longer even makes sense as a concept for disasters. Holding on to “natural” is a convenient way to place disasters outside of our choices, our politics — it’s a myth at best and a lie at worst, intended to protect developers and real estate values.

This unmasking of the “natural disaster” means that we also need a coherent, national commitment to remembering storm deaths, injuries and sacrifices. Right now, we lack a focused way to remember and learn from our mistakes. Other nations have shown the way forward, breaking out of the mold of a soldiers and battles-focused approach to memorials.

Take, for example, the Holocaust memorials and museums of Europe or the Hiroshima and Nagasaki memorials and museums in Japan. These sites focus on the victims of war: the human struggle for survival and the lessons to be learned from imperialism, fascism and mass violence. Similarly, Japan today is working towards building national memorials in the three prefectures affected by the earthquake, tsunami and radiation disasters of March, 2011. Here again, the attempt is to mark the deaths of those who should not have died, to lift their loss to a matter of national consequence and to offer spaces for mourning and for learning to avoid future such disasters.

This is exactly the approach we should take with a National Hurricane Memorial and Museum. The long-planned National Hurricane Museum and Science Center in Lake Charles, Louisiana was scrapped only in June of this year, unable to raise the funds necessary to move forward. New Orleans seems like the ideal place for such a memorial and museum, perhaps with smaller, affiliated sites across the coastal south and northeast. Names of victims should be inscribed and a museum should be raised — a space to collect the archival materials related to these disasters and to hold public discussions on our national agenda for reducing the unnecessary suffering of weather disasters more generally.

Furthermore, such a museum would be the ideal place to foster a national dialogue on the connection between individual hurricanes and the slow disaster of climate change that is increasing their violence and frequency. It could be that a generation from now we would rename it the National Climate Change and Hurricane Memorial and Museum.

For now, it’s enough to make a statement of national unity: we respect the dead, we learn from their deaths to reduce suffering for the living and we commit to disaster reduction for future generations.